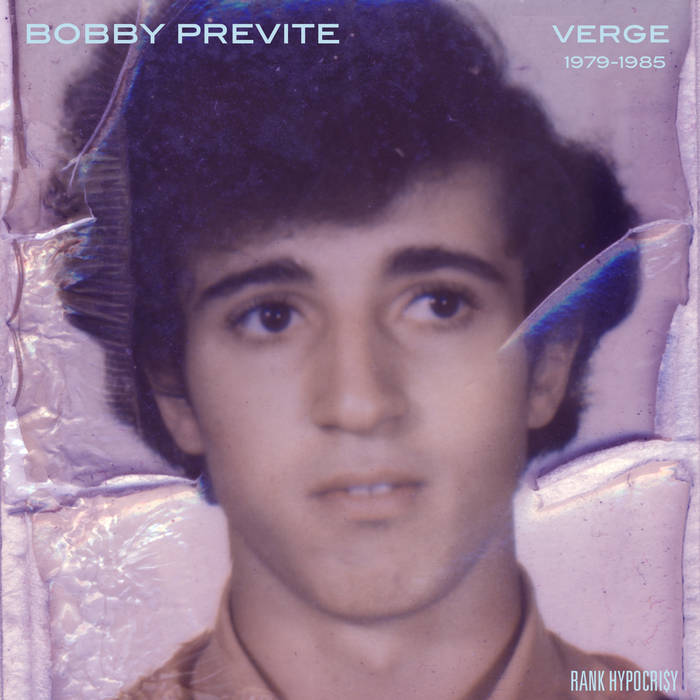 SELECTIONS FROM "PULL TO OPEN"

These are from Previte's very first album, recorded in Buffalo NY, with a great local band, in the years before he moved to New York City.

"In 1979, while I was still living in Buffalo, NY, I decided to produce and record music for two horns and bass which I had been writing over the previous years. I negotiated the studio, the musicians, and all the details including my insistence on the band eating the same breakfast, at the same restaurant, before the session, just for vibe (70’s anyone?)

But the first session was a complete disaster-we set up and waited 5 hours until we were informed that the tape machine at the studio was defunct (well that’s pretty basic to recording), and so all of our expectations were dashed (so much for vibe).

Some months later. when we recovered, it was out for breakfast again, (separately this time), into a new studio, and finally these first tunes of mine made it to tape.

To master the tape, Peter and I drove (with a busted A frame!) 300 miles to Ohio(no doubt the cheapest mastering house we could find) in his early 60’s Plymouth Valiant. (By the way, ever try to drive around the block with a busted A frame)? I then began anxiously awaiting the final product, manufactured by a local company who will remain nameless. Finally, the great day arrived. “Your records are done, come and get them.” I sped into their driveway just as the last 50 or so were being put into the sleeves and shrinkwrapped. I went up to one of the bored looking workers, glanced down at my record in his hands, and then I noticed it.

He was calmly about to seal it up with a peeling, bubbling, supremely ugly disc label (which on an LP was glued to the vinyl), seal it forever until some music fan (who most likely knew me personally) would rip it open, scream, and ask for their money back. When I asked them to explain, they offered simply, “Well, some just come out like that.” I said “how many.” They said “There’s probably a few (I had seen 10 straight away, just standing there) like that but if you want to take all of them home, open them all up (1000 records), check them and bring them back we’ll fix any that are bubbled.”

So later on in my living room I began opening and inspecting every record.

Remember records? You could tell how long a tune was by looking at the width of the band. Now my opening tune, band one, side A was called “Mingus” and was relatively short, while side 2 started with a long tune (hence a much longer band) called “Blues for Donna.” My procedure was to quickly flip over each disc to check for the ugly bubbles, and while doing that these two titles flashed only dimly in my subconscious. I went pretty fast. Near the end, hours later, I had about 600 good (unbubbled) records.

This was bad enough, but 10 copies from the end, something happened. I checked side A and registered dimly “Mingus.” Then I flipped it over, thought “great, no bumps”, and, as I put it in the “good” pile, I registered again “Mingus.” I had just discovered their second error. Yes, 60% of the records had no bubbling labels, but that was no guarantee that some of them didn’t have the A labels on both sides!

So now every record from the good pile had to be rechecked for this.

Through the pile again. I found about 200 records with doubled labels. About 20 records from the end, (about 2 in the morning) I checked “Mingus, side A” good. Flip it over “Blues for Donna, Side B”, good.....”Wait a minute!

Did I see a large band width for Mingus?” And sure enough - there were two separate labels, OK, and they weren’t bubbled up, OK,...but they were each on the WRONG SIDE!

At this point I got a call from Tommy Calandra, who had engineered the recording, asking me how it turned out. We must have laughed for an hour straight. At the end he told me, “Well I hate to say it but you’d also better PLAY every record and check if it’s the right music. You might have someone’s polka record on Side B!” (which was likely in Buffalo, NY.)

When I finally returned with the 100 records out of a thousand that were actually correct, I was told that it was “very hot in the plant” and that caused “slight” errors to be made. What could I have said to this?

I consoled myself with the thought that a 90% failure rate could only mean things might look up for me.

I want to dedicate this record to my band at the time, intrepid adventurers all in a sometimes hostile territory— thank you men, to the town and people of Buffalo, New York, who nurtured me for some years, and to the memory of Tommy Calandra, a great musician who possessed a soul of rare caliber - one of true kindness."

SELECTIONS FROM "BUMP THE RENAISSANCE"

This is a re-mixed and re-mastered version of the record "Bump the Renaissance,” originally released in 1985. This was Previte’s first international release. It featured strong soloing from ex-Tower of Power tenor saxophonist Lenny Pickett (now the Saturday Night Live bandleader), and French horn player Tom Varner. Rounding out the band was Richard Shulman on piano and David Hofstra on acoustic bass.

“Nine new tunes of striking originality," as Newsweek reviewed it at the time. A classic early Previte.

"By 1985, six years after I had moved to New York City, I felt ready (finally) to put a band together again. I had still been writing music for two horns and bass, but I had changed to a darker sound with the tenor sax replacing the alto, and with the french horn instead of the trumpet. I added the piano also just to complicate things. This band rehearsed for over a year before it ever played out (!), so by this recording we were very familiar with not only the music but each other and our collective “vibe.” This whole era for me was to culminate two years later in the record 'Pushing the Envelope', which marked the end of my writing for this instrumentation. Dig the super-rhythmic and thematically improvisational Lenny Pickett (this just after he had moved to New York), and the incomparable Tom Varner (check out his long, cascading phrase just before the sax comes back in 'Short of Breath'). Richard Shulman, who played with me in one of my very first bands, gave the music a chamberish feel I really liked (and so I had to put all four versions of “Not Since” on the CD, dammit), and Dave Hofstra just swings his tail off throughout ('Cover The Earth,' for example - yes!). All done in Steve’s old studio, that “little room” on E. 4th Street. Thanks again, dudes!

Special thank you to Bob Rusch for being the first to notice this music and for calling me up to say so, hence giving me that first jump start."

TRACKS 7-18 from "BUMP THE RENAISSANCE"