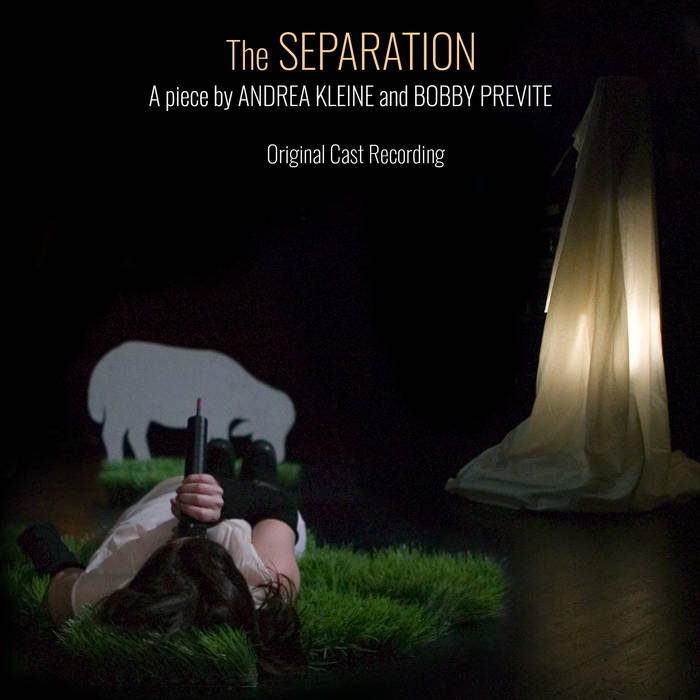 After I finished THE 23 CONSTELLATIONS OF JOAN MIRÓ in 2002, a multimedia chamber piece with text from Miró’s life and slides of his great “Constellation” paintings, I started thinking about writing another large work which would take its direction from an “outside” source. At the same time I began listening again to medieval music, and particularly the MISSA SANCTI JACOBI by Dufay. I fell under Dufay’s spell as a music student in Buffalo, NY.

Guilliaume Dufay (1400-1474) straddled the Medieval and the Renaissance. His music has the austerity of the ancient, but there is something that goes beyond that and points to the modern. I became fixated with the idea of combining Dufay with something of mine, using his mass as my cantus firmus. But, like the sheep in our story, I had no idea what.

Then late one night I happened to be listening to Messiaen’s nine organ pieces, La Nativité du Seigneur. It was like a slap in the face. I soon realized: one, that the piece had to have something to do with this, and two, that this new work needed to have an emotional impact in our times equal to what those works had in theirs.

Olivier Messiaen was a 20th century composer who had one of the most radically individual voices in the history of music. A devout Catholic who shocked parishioners with his aggressive, “unreligious sounding” music, Messiaen brought his mysticism to the concert hall, leaving behind a body of work so fiercely individual that the only thing to do with it seems to be to simply listen to it (advice that I did not follow).

Wanting to match the powerful impact of Dufay and Messiaen then, I decided on a highly electric, almost doom metal sound. I mean, who’s more metal than Messiaen? To my way of thinking, rock and especially metal, a music whose imagery is drenched in the gothic and religious, are as concerned with these issues as is conventional religion, and metal reaches for the modern throat with the same deadliness as Messiaen, (and as I’ll bet Dufay did for the 15th century one). What music today has the same raw power to rattle the casements? I reached for the electric guitar.

With such a broad, outward music, I was anxiously awaiting Andrea Kleine’s words, but I was astonished when she presented me with the final text, an intimate, subtle but seductively deceiving atom bomb of a story. What else to do in the face of the barrage of sound I cooked up? The perfect thing. When everyone else is shouting, speak low. This “little”story, (of a sheep, and "6LL3" - the first cloned sheep, no less), this dark whisper in the tone of a children’s tale proves in the end to be more subversive than all of my sturm and drang.

Dufay’s mass appears here somewhat re-arranged, but essentially verbatim. As Dufay used other melodies as the basis for his works, a common technique at that time, I have used his entire mass as my cantus firmus. I treated the Messiaen very differently, as an inspiration/springboard. I have re-imagined chosen excerpts from the Nativité, rewritten them for an improvising pipe organist, and reconnected them in sequence with each of Dufay’s movements.

THE SEPARATION, then, is a piece in the form of a nine part mass, for choir, pipe organ, electric band and actor. A meeting of Dufay, the pious but politically shrewd and connected ancient, the “greatest’ composer of his time, who wrote humanist music for the church, who occupies an important place directly in the line of the western canon, and who can count untold disciples, and Messiaen, the mystical modern man who in quite the opposite way wrote spiritual music for the secular world, labored in relative obscurity (hell, was practically shunned), was a canon unto himself, and who essentially has no disciples.

I was fortunate to have at my disposal the immense talents of the Rose Ensemble, who somehow sang around and through all the sound, and always on pitch. I believe no other choir in the world could have done what they did. And the band, Marco Benevento and Reed Mathis, two stars shining brightly on the new music scene.

THE SEPARATION
a piece by Andrea Kleine & Bobby Previte

and the ROSE ENSEMBLE,
Conducted by Jordan Sramek

WRITTEN AND DIRECTED BY
Andrea Kleine

Mixed and Mastered by Bobby Previte at Three Horses in a Wood, Claverack, NY

THE SEPARATION is a production of Art of Franza, Inc, a non-profit organization supporting experimental arts projects.

WITH FUNDS PROVIDED BY

The Jerome Foundation
The New York State Council on the Arts

AND WITH SUPPORT FROM

The American Composers Forum with funds provided by the Jerome Foundation

Additional support is provided by the William and Nadine McGuire Commissioning Fund and the National Endowment for the Arts which believes a great nation deserves great art.

The Rose Ensemble’s participation in THE SEPARATION is sponsored by the American Composers Forum through its Encore Program, supporting repeat performances of new works.

Andrea Kleine and Bobby Previte are artist fellows of the MacDowell Colony. In 2007, The MacDowell Colony, the nation's first interdisciplinary artist residency program, marks its Centennial with a yearlong, national celebration of creativity that includes a new book, A Place for the Arts: The MacDowell Colony 1907 - 2007; an exhibition on MacDowell at the Library of Congress, an original film, a traveling film series, exhibitions and performances of Colony Fellows’ work and special events for Colony Fellows, friends and supporters.  For details please visit www.macdowellcolony.org


The following sources were used in the construction of the script in the manner of inspiration and are occasionally quoted: Thomas Jefferson, “Notes on Virginia;” Carl Jung, FLYING SAUCERS: A MODERN MYTH OF THINGS SEEN IN THE SKIES; Thomas Paine, THE AGE OF REASON; Claude Samuel, CONVERSATIONS WITH OLIVIER MESSAIEN; Robert Smithson, “Entropy and the New Monuments;” Susan Sontag, REGARDING THE PAIN OF OTHERS; Virginia Woolf, “Three Guineas;” American Heritage Dictionary, “entropy;” Dictionary.com Unabridged, “lamb.” Portions of the text use material from Wikipedia articles on sheep, herding instinct, herd behavior, black sheep, and counting sheep as licensed under the GNU Free Documentation License. For more information see: www.wikipedia.org.