My Man in Sydney / Dangerous Rip: The Best of Latin for Travelers 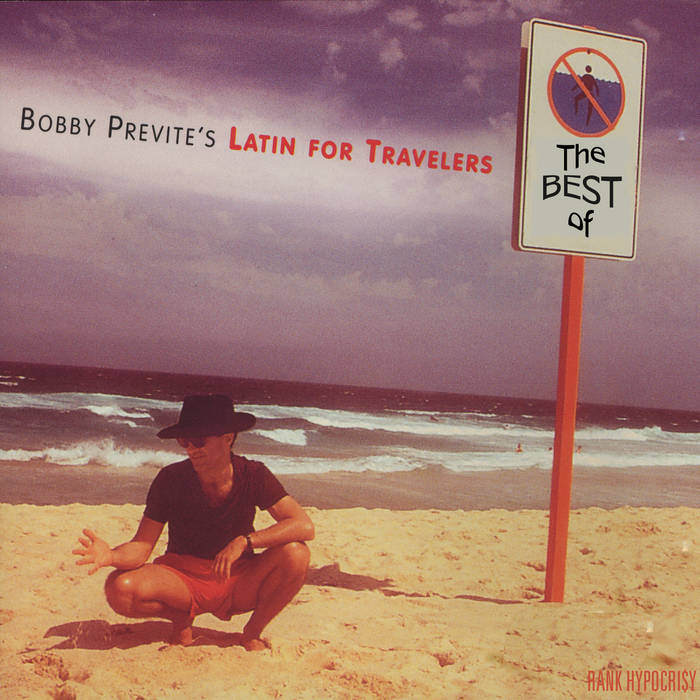 In 1998 Previte turned his attention to a new orchestration: two guitars, Hammond organ, and drums. A self-proclaimed “return” to the music of his youth, the group, “Latin for Travelers” makes two recordings, both live, from the same concerts in Sydney, Australia, “My Man in Sydney” (1998) and “Dangerous Rip” (1999). A bar band that could “change on a half-step” (Downbeat), these two records feature inspired playing from Jamie Saft, Jerome Harris french guitar wizard Marc Ducret.

Sydney Morning Herald— “Like nothing I have ever heard before - if it’s a bar band, then there must be some wild bars where Previte comes from.”

TRACKS 1-6
Latin For Travelers
MY MAN IN SYDNEY

All compositions by Bobby Previte

ORIGINAL LINER NOTES:
Latin for Travelers is a return to some of my earliest experiences in music, and to the instruments I was surrounded by then. The Drums, the Hammond Organ, and above all the Electric Guitar. Whether you think it's the instrument of the devil, of the gods, or merely of too many someones in between, the guitar has become the preeminent music making device of our century and hence must be confronted. And so my on again-off again affair with it continues with this, a sort of bar band. The kind of band I've stood up with in just about every situation you can imagine: from the Palace Burlesque house in Buffalo, New York to Gloria's Corral Club (yes, there was a corral around the stage), deep in Kentucky. From providing the soundtrack while the local motorcycle gang broke up the bar (we were terrified but the bass player correctly exhorted us to keep on playing -- I remember we were in the middle of "Sympathy for the Devil" at the time) to the gig where we had to play the same tune 20 times in a row (they thought we were a "slow dancing" band -- it was our only ballad), to the guy who (as we were dragging the pool table(!) out of the way for the first time in the bar's 30 year history, stopping him in mid-game) ever so matter-of-factly asked me, as he was picking at his teeth with a knife, "Are you guys any good?... 'Cause if you guys ain't any good... well, Johnny's gonna kill ya." ("Johnny" showed up later, dressed in only a leather jacket and boxer shorts. I swear it.).

So this is for all my fellow travelers with whom I've slugged it out, four (or five) sets a night, in a joint somewhere in between somewheres else. And like any good traveling band we're a little cross-eyed and a little edgy, but no matter.

We're still gonna have one hell of a good time.