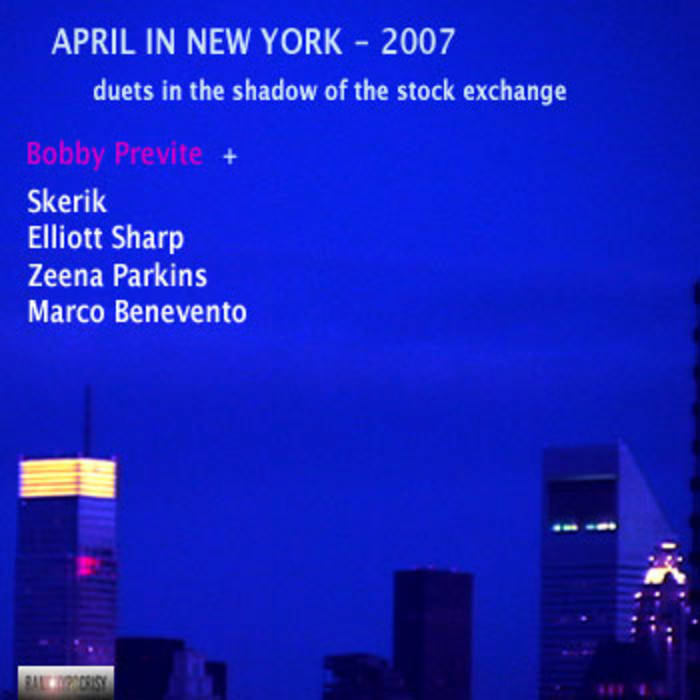 During the week of April 24-28, 2006 Bobby Previte, with support from the Lower Manhattan Cultural Council mounted a series of duets in an abandoned bank building in Manhattan's Financial District. Calling it "April In New York" Previte and producer Andrea Kleine staged five consecutive nights of duets with Skerik, Elliott Sharp, Zeena Parkins, Marco Benevento, and the video artist Benton-C Bainbridge. All concerts were videotaped and subsequently released in a limited edition 5 DVD boxed set (now out of print). Here is the music of those nights (the third night has been omitted as it was Previte solo with Bainbridge's video).

In 2008 a bigger and better "April in New York' was videotaped - watch for the limited edition box set on bobbyprevite.com